Batteries: The Holy Grail of the Future

iThe race is on for developers to revolutionize how we live, work and play

The race is on to develop the battery that offers better energy density and charges faster. The business that develops this battery technology first and brings it to market stands to get immensely rich.

Who and what are waiting for a battery upgrade

Beside VW,  major auto makers such as BMW, General Motors, Nissan, and Ford are moving in the direction of electric vehicles. They understand the superiority of the electric motor (simple and efficient). They know once batteries can store energy at a cost of less than $100 a kilowatt-hour, combustible engine technology will quickly become obsolete.

When it comes to flying vehicles, Uber seems to be making a lot of noise. Uber plans to start test flying their vehicle, Elevate, in Los Angeles, Dallas-Fort Worth and Dubai in 2020 and begin commercial operations in 2023.

Uber is not alone. There are currently more than two dozen companies working on bringing this technology to market. Google is developing the Kitty Hawk, China has E-Hang and Germany has Lilium.  Volocopter, Joby Aviation, Airbus, Rolls Royce and Boeing are all invested in personal flying technology. The only problem slowing this innovation down is the current battery technology. Current lithium batteries are simply too heavy. They also lack enough energy density to keep them aloft long enough to meet international aviation regulations.

Changes are ahead in agriculture, too

Several methods can be employed to create vertical farms. The one thing that 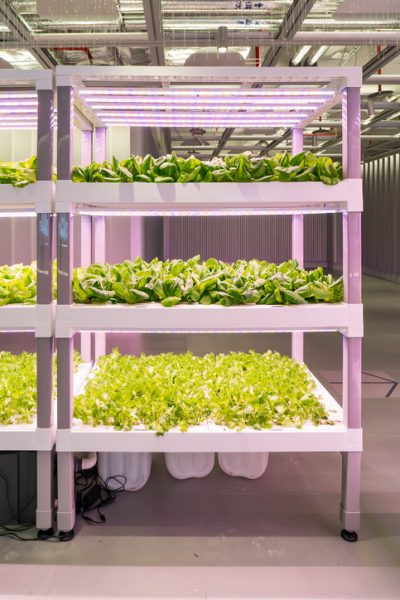 currently holds vertical farming back is the cost. But affordable batteries with two to three times the energy storage of the current lithium ion batteries will allow vertical farming to become the primary and most efficient means of farming. The use of inexpensive LED grow lights, less expensive energy and hydroponics will usher vertical growing into the mainstream.

If human growth projections hold up, by the population will have grown by an additional 3 billion people by 2050.  Using current farming methods would take land the size of South America to grow enough food to feed all those people. Current growing technology will simply not be an option by 2050.

Looking into the not-too-distant future

The auto, aviation and farming industries are just three of many industries that will revolutionize future society. Free or inexpensive energy will allow innovation on a much smaller scale. Everyday people will use 3D printers and cheap energy to build products that meet their specific regional and business needs. Before, a huge capital investment was required to bring a finished product to market. Improvements in solar panels, batteries and 3D printers will allow innovators to build products on a smaller scale with profitability that does not currently exist.