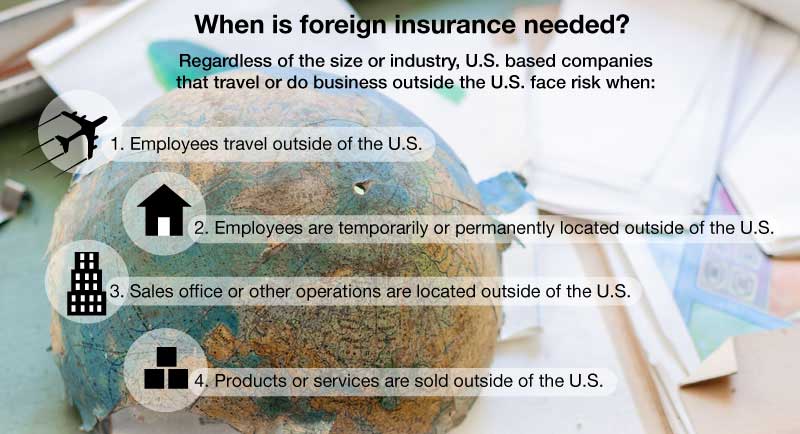 Standard U.S. Policies may not be sufficient to cover foreign exposures

The standard business insurance policies that are sold in the U.S. do not cover many of the exposures to lawsuit or employee injury that may occur outside of the U.S. In addition, overseas jurisdictions often require policies and extensions that only international carriers provide. For this reason, many U.S. companies with foreign exposures buy a Foreign Package Policy that contains a number of coverages such as Foreign General Liability, Foreign Contingent Business Auto, Foreign Voluntary Workers Compensation, Foreign Property, Kidnap And Extortion, Accidental Death & Dismemberment, and Emergency Travel Services. The minimum premium for a Foreign Package policy can be as low as $2500.

Unexpected losses can snowball when they occur on foreign soil

Who can be sued? 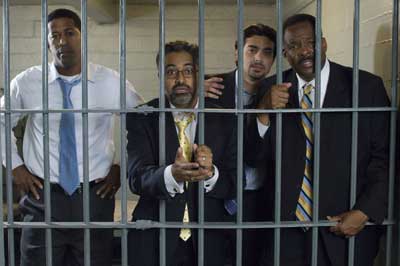 Employees who use vehicles outside of the U.S. will need Foreign Contingent Auto Liability coverage to provide limits of protection over and above the minimal limits that are required to be purchased from the rental company in the foreign country.

The reason for this savings is rate that is charged for the Foreign General Liability policy should be substantially less than the rate that is charged under the U.S.-based General Liability policy. Foreign General Liability rates are less because the legal climate is much less favorable for injured parties filing lawsuits in foreign jurisdictions. Unlike the U.S. court system, foreign courts usually do not allow contingency fees, liberal discovery rules, or punitive damages. Furthermore, many foreign courts require the losing party to pay the legal defense costs of the prevailing party.

Foreign Litigants In American Courts: How Foreign Parties Can Sue, and Be Sued, In the United States.

This article first appeared in the 2005 edition of The International Comparative Legal Guide To: Product Liability, published by and reproduced with permission from Global Legal Group Ltd, London. For more information please visit www.iclg.co.uk.

Nothing on this website is intended to constitute legal advice. Please consult your attorney for legal advice regarding legal issues