Cybercrime: The crime with no consequences 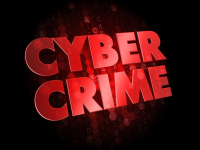 For example, the U.S. Justice Department indicted three North Korean intelligence officers for attempting to steal more than $1.3 billion in digital currency and actual monies from financial institutions and businesses. By creating malware that targets cryptocurrency apps and takes control of computers, the cyber thieves lured investors into fake digital coin investment programs. They then extorted the funds with ransomware. Their victims included Sony, the British health care system. They attempted theft against unnamed aerospace, energy and technology companies, and the State and Defense Departments. The thieves stole $6.1 million from BankIslami Pakistan, $11.8 million from an unspecified New York institution and more than $111 million from companies in Slovenia, Indonesia and New York. Because the attacks appear to be sanctioned by the North Korean government, nobody expects any real consequences for the suspects following the indictment.

What can you do to protect your business against cybercrime?

Be on the lookout for cybercrime. It is important to pay attention to questionable activities such as the following:

Why Cyber Insurance is important

Simply put, 60% of small businesses go out of business within six months after being hacked. With information technology doubling every four months and software and protections becoming obsolete so quickly, it’s next to impossible to keep up with the changes. Purchasing the right Cyber Insurance will help protect the assets of the business and protect against catastrophic loss.

At Sadler Insurance, we know the importance of Cyber Insurance for business. If you would like a quote, simply contact Paul Owens at 800-622-7370 for assistance.