High Times in the Early Stages of a New Industry 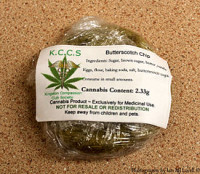 Washington state recently passed a law legalizing the possession and sale of recreational and medicinal marijuana. Residents over the age of 21 may possess up to an ounce of pot, one pound of a solid marijuana-infused product, such as baked brownies, or 72 ounces of a marijuana-infused liquid, such as fruit smoothie.

I’m of the opinion that the legalization of marijuana in other states will quickly follow for one simple reason: the potential tax revenue. Most states have been slow to adjust their spending since the bottom fell out of the economy in 2008. As a result, they’ve been running deficits and desperately need additional sources of revenue.  Projected tax revenues for Washington are approximately $180 million. That doesn’t include the tax revenue from related cottage industries that will pop up to support the marijuana industry.

Another lesser reason might be that many of the lawmakers came of age in the 1960s and 1970s. They may not have the same negative preconceptions about marijuana as earlier generations.

Health issues, but not the obvious ones

Cannabis-infused edible products, such as brownies, cookies, and smoothies, are a growing trend in Colorado and Washington.  It appears that most of these products are coming from home-based businesses. They are not subject to the same health regulations and guidelines as the companies selling similar products in neighborhood grocery stores.

Consumers of these edible products may not demand producers follow better health and safety regulations. But what if somebody gets food poisoning or dies of a food allergy due to an unlisted ingredient on the product label?  Product Liability lawsuits will result.

It’s also likely that one day we’ll hear manufacturers and distributors talk about the good old days when marijuana was illegal, They’ll reminisce about not having to follow stringent rules and regulations, pay taxes or worry about a consumer bringing a Product lLability lawsuit against them.

Denver issued a marijuana product recall  of of almost 100,000 packages of Mountain High Suckers products. This occurred after an unsafe pesticide was found in samples. Medical and recreational products included in the recall are marijuana-infused suckers, powdered candy and lozenges. The affected products tested positive for imidacloprid and myclobutanil, both of which are banned.