The battle lines are being drawn in the ongoing argument over the safety of e-cigarettes. Proponents of e-cigs tout them as a safe alternative to smoking and tool in weaning smokers off traditional cigarettes But results from a recent study just added more weight to those who insist e-cigs pose a health risk.

While the results won’t make a final determination regarding overall safety, they do show that DNA damage to cell cultures is caused by substantial exposure to e-cig vapor, including nicotine-free vapor. The damage to the cells could be the precursor to cancer. More research is necessary to determine whether the exposure actually has the same effect in humans and the level of exposure at which the vapor begins to inflict damage. 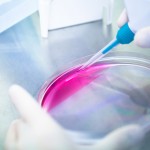 Lab-grown cells don’t always respond the same as cells in living people, which the researchers admit is one limitation of the study. Testing is currently being conducted on animals, the results of which would offer more insight into what might be expected from exposure to human cells. The study was conducted by the University of California San Diego and the VA San Diego Healthcare System and published in Oral Oncology.

The other health risks associated with e-cigs

Of course, the bigger question as to whether e-cigs are as unhealthy as tradition cigarettes is yet to be answered. But cigarette smoke extract kills cells more rapidly and at a lower concentration than e-cig vapor, according to Laura Crotty Alexander, one of the researchers from UC San Diego.

Anti-vaping groups are also critical of the massive and lightly-regulated market for e-liquids. These products can include various levels of nicotine and flavoring agents that are raising questions regarding toxicity and the effects on the pulmonary system.

If vaping proves to be harmful, but less harmful than smoking, then exchanging traditional cigarettes for e-cigs is a healthier choice. But non-smokers should probably not begin vaping.