There’s a nonalcoholic beverage being served in bars around the country that former drug addicts like because it soothes their withdrawal cravings. Well, no wonder. Apparently, an ingredient in the beverage, kratom, is just as addictive as the drug they kicked. Many end up back in rehab to kick their new addiction.

Kratom is an extract derived from the leaves of the Mitragyna speciosa tree, which is indigenous to Southeast Asia.  According to the U.S. Food and Drug Administration, kratom has become a substance of abuse that offers no beneficial medical uses.  The FDA banned kratom as an ingredient in dietary supplements du 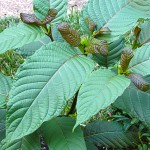 e to safety concerns. Potential adverse effects include hallucinations, delusions, insomnia and severe withdrawal. It is a controlled substance in Myanmar, Thailand, and Malaysia and several European countries have passed laws regulating it.

The U.S. Drug Enforcement Administration has not listed kratom as a controlled substance, only a “drug of concern. It’s been banned in Indiana, Tennessee, Vermont and Wyoming. The Army also prohibits soldiers from using it.

Addicts claim that kratom gives them the same sensation they received from other opiates, only milder. Many who ingest kratom to reduce the cravings they fight find themselves unable to stop taking it or end up back on heroin or oxycodone seeking that stronger high.

Kratom is readily available for sale under the radar in powdered forms online and in head shops and convenience stores. Bars in North Carolina, Colorado, New York, and other states serve it brewed in various strengths in what resemble fruit juice bottles. South Florida in particular has seen a number of kratom bars open. Ironically, the number of drug treatment centers has also increased in the area.

The risks associated with kratom, whether used recreationally or to treat drug dependence, are no different than those for other opiates, according to Edward W. Boyer. Boyer has co-authored of several scientific articles on kratom. “It’s a fascinating drug, but we need to know a lot more about it,” he said.

The suicide of a 20-year-old man suffering from depression and whose mother claims he was addicted to kratom is at the center of South Florida legislature debates over making the substance illegal. Palm Beach County rejected regulation that would require bars and retailers to post warning signs of kratom’s addictiveness.

In general product liability terms, any products that are associated with drugs or alcohol are not well received by insurance underwriters because of the unpredictable nature of individuals that use them, which adds an element of risk that is hard underwrite or calculate.

Source: Alan Schwarz. “Kratom, an Addict’s Alternative, Is Found to Be Addictive Itself,” nytimes.com. 02 Jan. 2016.