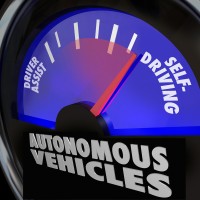 The good, the bad and the interesting

I just read that in January 2015 the United Kingdom will allow driverless cars on public roads.  Can this be true? And if so, what does it mean for the citizens of the U.K.? Do the positives outweigh the negatives?

Let’s examine some of the issues surrounding the use of driverless vehicles.


Will we see driverless cars on U.S. highways?

The point about vehicles as potential terrorist tools is a game changer and tells me it will be a long time before U.S. citizens are willing to give up the necessary freedoms to accommodate  driverless cars on public roads.  Will law enforcement agencies tolerate vehicles, which could be carrying enough explosives to level entire city blocks, going about unchecked or uncontrolled?  The obvious answer is a resounding “no.”

So what controls would have to be put in place to protect the public from this potential abuse?  Will all vehicles have bomb sniffing technologies, similar to devices we have to pass through in airports? Will security agencies want the ability to take control of vehicles they consider potential threats? The answer has to be “yes.” If not now, then definitely after a bomb incident reveals the weakness of security.  Are you ready to turn controls of your vehicle over to unknown security forces? I’m not and I doubt most Americans are either.

Commercial vehicles will lead the way

The major impact of driverless vehicles will be made by commercial businesses.  As is often pointed out by those developing driverless vehicles such as Google, Mercedes, etc.,  humans are unreliable.  We drive on too little sleep and we love to self-medicate, which often means we’re impaired behind the wheel.  At least four times a year, I see an 18-wheeler turned over on the same entry ramp on my way to and from work because the drivers took the turn too fast. This would not happen with driverless trucks and, as a result, commercial businesses stand to save a great deal on insurance premiums, labor costs and lost or damaged goods.  When it comes to improving profits, businesses are always going to do what is best for the business, regardless of social ramifications.

Personal Vehicles Will Be Last

I’ll be the last one in line for a driverless car because I don’t want Big Brother having access to the controls of my vehicle.  I will, however, accept a modified version that will tell me if I am departing my lane, have other vehicles in my blind spot, or need to take an alternative route, when roads are being repaired or there is an accident.

The Product Liability insurance market has proven to adapt quickly to new technologies. I do not see any problems for those designing, importing or distributing this new technology, just as it didn’t when anti-lock brakes were introduces to the market. If it can be proven that there was a manufacturing, design or instruction/warning defect when an an injury is involved, product liability claims will move forward. This standard should not change for driverless car or sensor manufacturers. It remains to be seen what effect politics will have on Product Liability claims and whether or not companies such as Google can be instrumental in creating a more favorable laws to protect their business.

There will be unique challenges to the Product Liability insurance markets.  Will there be third-party conversions to vehicles that are not driverless and will these conversions allow auto manufacturers to waive warranties and claim no Product Liability responsibility when their vehicles have defects that result in Product Liability lawsuits?  Will driverless cars provide programmable personal choices that hold owners responsible for the choice of whether the car is to hit a pedestrian or take avoidance measures that could injure me and those in my car?

Times are a changing fast. Please share your thoughts, both positive and negative, about this new technology and the social ramifications.