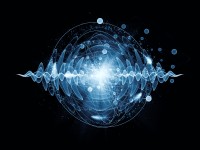 A look into the not-too-distant future

It’s no wonder Product Liability underwriters struggle with nanotechnology products and risks. Typically, product changes are relatively minor. However, when it comes to nanotechnology, changes can have life-altering impacts on the environment and the human race.

A good example of a nanotechnology trend that is just starting to take off is sensors. The science of small things (nanotechnology) is a young science, and the sensor technology is in its infancy.  Sensors that we’re familiar with right now are found in cars that assist with parallel parking, alert drivers when other cars are in the blind spot, and even apply the brakes to avoid collisions.  There are sensors that notify hospital staff and mothers when an infant stops breathing.

On the horizon are sensors small enough to be inserted into our bodies that will provide early detection of disease, notify us of markers that signal the onset of a heart attack or stroke, and even provide feedback on how effective our exercise and workout routines are.

The first examples of paradigm shifts that affected the human race were the discovery of fire and invention of the wheel and sharp-edge tools and weapons. It took humans tens of thousands of years to create these items and learn how to use them.  By 1000 A.D., advances in technology doubled every century or two. In the 19th century, technology grew more than the prior nine centuries. In the first 20 years of the 20th century, technology advanced more than the entire 19th century.  The volume of technological growth that took place in the year 2000 occured every one hour and six minutes in 2013 and by 2020 will occur every thirty seconds.

The four stages of nanotechnology

Stage 1 is defined as the science of small things and where we are now. We are simply creating structures on a much smaller scale than they existed in nature and then trying to find practical uses for them.  These structures are considered “passive structures.”  Examples are carbon nanotubes, graphene and super-hydrophobic coatings. Carbon nanotubes have been found to be a hundred times stronger and six times lighter than steel and are already being used in the construction of tennis rackets and golf clubs. Super-hydrophobic coatings are being applied swimsuits to repel water, reducing friction to allow faster swimming.  Nano-materials are beginning to be used in car and jet frames; the lighter weight allows for greater energy efficiencies.

Stage 2 is considerably more complex and often referred to as “active nanostructures.” In this stage things are able to alter their state during operation. In other words, things are molecularly programmed to do specific tasks. Examples are nanoscale transistors, molecular machines, laser-emitting devices, amplifiers and plasmonics.

Stage 3 is referred to as “molecular nanosystems” and can incorporate both the passive and active nanostructures, bringing structures to life.  These nano devices will behave like biological systems. An example is an artificial red blood cell that can be programmed to go to specific part of the body to deliver 100 times more healing oxygen to the damaged organ or tissue.

Stage 4 will be the era of the “nanobot.”  This stage gets very scary because these “nanobots” will have their own quantum computational abilities, execute molecular assembly, respond to environmental stimuli such as chemicals, sounds, light and heat, and even repair and duplicate themselves.  At this stage, nanobots may be able to work together and assemble atoms and molecules into large-scale materials and products.

Where will this take us?

The question we have to ask is will this technology be used to strengthen or destroy us? In the wrong hands, nanobots could be programmed to destroy the environment and even humanity.  In the right hands, disease, hunger and energy problems could be eradicated.

The rapid advancement of technology can’t help but put additional pressure on Product Liability insurance companies to keep pace or get out of the game.  Most Product Liability insurance companies won’t participate because the stakes of making a mistake will be too high. Those companies that do participate will only take the most benign products.  For products to develop at the rate technology is advancing, nanotech companies will have to accept the product liability risk and self-insure their own products.