Wrestling with the increased exposure that comes with automation

Everybody knows that advancements in technology can lead to great benefits, such as efficiency, access to information, improved health, and safety. But these same advancements can also open up greater product liability concerns for insurers, manufacturers and distributors.

The legal community isn’t advancing as quickly as technology. In general, there’s a serious lack of product liability laws and those that exist are, for the most part, legislated by individual states.

More than likely, the first court cases having to grapple with these new exposures will involve self-driving vehicles.

The pluses and minuses of autonomous vehicles

The constant increase of integrated automation within passenger vehicles means they’re safer than ever. Think airbags, Bluetooth and automatic braking sensors. Yet, 35,000 people in the U.S. alone died in car accidents in 2015. Sadly, poor driving skills, poor vision and reflexes, drunken drivers, poor judgment, criminal negligence, and distracted drivers caused most of those accidents. In other words, human error contributed to many of those deaths, not road conditions, mechanical problems, or weather.

Autonomous cars should practically eliminate human error, making the roads much safer. They’ll also provide a mode of transportation not currently possible for many elderly or handicapped people.

What’s more, vehicles will soon be able to share information among themselves, 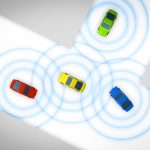 lessening the risk of accidents. The U.S. Department of Transportation recently proposed that inter-vehicle communication technology be required on all newly manufactured vehicles. Cars and trucks talking to each other will prevent thousands of accidents each year.

However, one complication in all this is the fact many individual state laws are inconsistent with other states’ laws, if not outright contradictory. Currently, the only jurisdictions with any autonomous vehicle legislation on the books are the District of Columbia, California, Florida, Michigan, Nevada, North Dakota and Tennessee.

What about other industries?

Automation is everywhere and particularly concentrated in emerging technologies such as artificial intelligence, 3D printing, drones, virtual reality, the Internet of Things (IOT), and nanotechnology. All of these are and will continue to transform our lives, businesses and the economy. Mechanical efficiency and automation caused an 88% loss of manufacturing and factory jobs from 2000 to 2010.

Exposures for manufacturing product liability will be heavily impacted because of for our willingness to rely on these new technologies. Of course the insurance companies underwriting policies for those risks will also be affected.

Laws and regulations surrounding IOT, which is a relatively new technology, will have to evolve. As stated earlier, this technology’s pace of growth is faster than that of legislators’ ability to propose, let alone pass, new laws.

I already mentioned that there are many safety and economic benefits for the manufacturing industry as it embraces automation. But with all that will come an increase in product liability exposure. The manufacturers of the hardware and software making up components of the manufacturing process will also have increased risks.

To apportion liability in an incident, investigators will need to determine which component part(s), if any, had a role in the event.

Autonomous vehicles will give rise to other issues in assessing product liability. Whether the vehicle is operated in fully or partially autonomous mode will complicate the assessment of liability. Deciding factors will be whether the software and/or sensors of the vehicle’s various parts and components malfunctioned, if human negligence played a part, if operator training/warnings were sufficient and more.

However, in theory it will be easier to determine what contributed to an accident by assessing the software than relying on the varied testimonies of the drivers, passengers, and witnesses.

As automation increases in products other than vehicles, so will the potential failures. 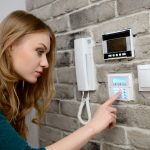 Suppose a glitch in an electronic sprinkler system causes water damage, a security system malfunction results in a break in or murder, a programmable thermostat error leads to frozen pipes. The potential for bodily injury and property damage could be all the more severe when looking at technological interruptions in hospitals, factories, first responder stations, military bases and office buildings.

How many manufacturers and distributors of software and hardware included in each component of the technologies these entities use will be liable?

Businesses have been dealing with cyber-security issues for years now. But more and more businesses that are embracing automation never had to consider cyber security until now. The increase in automation means greater potential for the hacking of products and servers. We’ll likely see product liability lawsuits, including class action suits, regarding hacking of products with automated technology that relies on personal data.

It’s likely that both state and federal laws protecting manufacturers from these exposures will eventually be passed. In the meantime, we benefit from the advances in safety and efficiency that automation brings. But it’s important that manufacturers, distributors, retailers and insurers realize that changes are on the horizon as product liability evolves with new technology.